When you sign up for a ride called the Tainthammer, you might have an idea of what you're in for:


A 133 blast of base miles across unpaved farm roads and the roughest roads we could find in the California Central Valley. Less than 400 ft of climbing in the entire 133 miles. 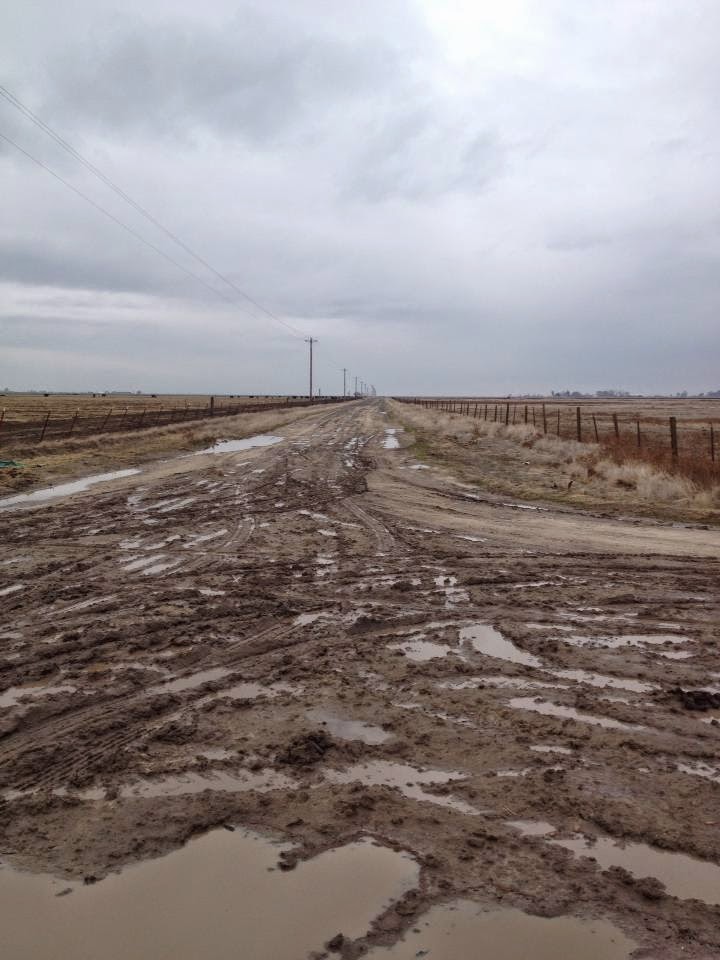 Rough roads were an understatement. Road conditions varied from pavement, busted up pavement, packed dirt, gravel, wash boarded dirt road, sand, mud, badly wash boarded and muddy, soupy mud, and quagmire. There were the occasional farm dogs that gave chase.  There was even a rattle snake curled up in the middle of the road. I thought I hallucinated the rattler until several other riders said they saw it too.

From my Strava ride report:

Most physically demanding ride, ever.

Powertap stopped working around mile 90. Heart rate monitor got stuck on on 120 bpm shortly thereafter. I wonder if the Garmin's ANT+ got wedged.

Rode with the lead group at until just past the first aid station and then found myself in the gutter at 200% FTP and threw in the towel and dropped back. Rode the rest of the way with Ammon and soon there after added Alan. Without them I would have been easily tempted to shortcut the course. As it is we made one minor wrong turn and ended up in Los Banos adding a few extra miles.

Speedplay pedals were a really, really, *really* bad idea. I ended up wasting a lot of time trying to get mud, sand, rocks, and manure out of the cleats. Miles of not being able to click in and times when I could not click out. When you're teetering in 3" deep mud and you can't get out of you cleats, you find that little extra to keep going.

Plenty of farm dogs gave chase. Most were just being "playful" but there were a couple close calls.

I am absolutely amazed at Murphy Mack's ability to find that many miles of totally crap roads. An absolutely diabolical course

Would I do it again? Maybe. With mountain bike pedals and no front fender it would be tempting. The fun factor is there. However the cost in bike parts was very high. This ride destroyed the drivetrain on my bike.